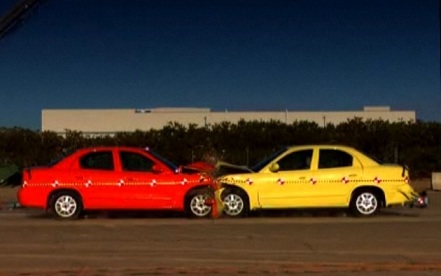 The world’s automobile industry is going to be revolutionized as the engineers are working on a car that will be able to pre-anticipate an accident and avoid them by itself. The concept of artificial intelligence is at work and the researchers are very positive that they will be successful in this research.

Human driving patterns and ways are studied comprehensively and ITS algorithms are used to design such a transportation system that will automatically detect the chances of accidents, told the group of engineers, working at Massachusetts Institute of Technology, where this whole work is being carried out.

How It Will Work:

Algorithms will find the pattern in which the driver of the car is behaving at a certain point in time, the system will calculate the possible places the car can be in keeping in view the present speed, direction and position — using information from onboard sensors, along with roadside and trafficlight sensors.

On the basis of these evaluations, the car will preempt to move if something wrong happens that will be detected by the algorithm that is deploying AI.

Cooperation between the vehicles will also be possible but having ITS algorithmic system in both the cars will be the pre requisite for this feature.

The people behind this are working hard to optimize the systems of detection of the car movements and situation of the surroundings. They are very positive and a lot is expected from this research as this will massively reduce the increasing rate of accidents all over the world in which thousands lose their lives.

This research is expected to be published in IEEE Robotics and Automation Magazine.