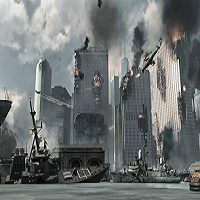 After tons of rumours over the period of last few months, Activision has released an official trailer for the next instalment Call of Duty franchise, The Call of Duty: Modern Warfare 3. This is the first trailer to feature the “gameplay” for Modern Warfare 3 and as expected there’s a lot of explosions to see and bullets galore. 😉

As previously reported, MW3 will be out on November 8th this year. You can pre-order it now for PC, Xbox 360 and PS3.