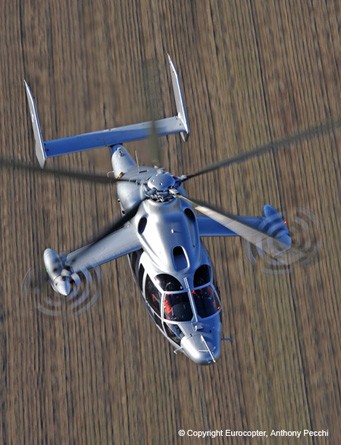 The engineers at Eurocopter have designed a new helicopter, The Eurocopter X3 Hybrid, which is now the fastest helicopter in the world. The previous record was held by the older version of this aircraft.

Eurocopter X3 has one extra engine to drive five-blade main rotor system and two propellers installed on short-span fixed wings on the aircraft. (Propeller is a type of fan that transmits power by converting rotational motion into thrust)

The company has yet to announce whether or not it will make the Eurocopter X3 available to any private buyers.

No information has been released on pricing as yet.

GizmoCrazed - July 7, 2016 0
NASA will host a media teleconference at 2 p.m. EDT Wednesday, July 13, to discuss the groundbreaking research and cargo aboard the next SpaceX...

Postmates lines up another $100M ahead of IPO