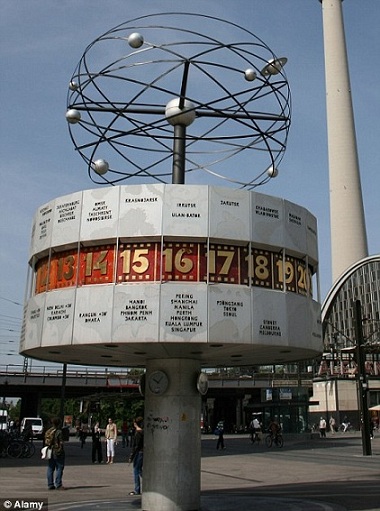 A group of Japanese Scientists at the University of Tokyo have created the world’s most accurate atomic clock. The clock can amazingly measure time to 17 digits and even detect changes in Earth’s gravity. Scientists have described this as a “milestone” that could help dramatically improve GPS tracking system.

Atomic clocks are used to measure International Atomic Time or the Universal Time Coordinated, both of which are considered to be more precise than Greenwich Mean Time. However, with the passage of time atomic clocks lose accuracy because of the “Dick effect” which is unwanted noise from the clock’s laser that can cause it to lose track. But this “Optical Lattice” clock avoids this effect and is much more stable and accurate.

According to Project Head Professor Flambaum:

An ion clock normally works with a single atom and you need to work this for a long time to achieve accuracy. In this latest clock you can manipulate thousands of atoms, so you can achieve a result much faster. As a result of this work we can measure frequency of atomic clocks to 17 digits accuracy. It is so accurate that they can even feel differences in the gravitational potential of the Earth. In gravity fields time ticks slower so the ticking of the clock depends on how strong the gravitational potential of a body is.

Another application could be oil exploration, Because oil is a low density liquid, so gravitational potential of oil is lower than the rocks around. You could search for minerals, and global positioning system on all levels, from cars to aircraft and spacecraft, what they call real-time relativistic geodesy.

GizmoCrazed - March 8, 2019 0
According to a new report from Ming-Chi Kuo (via 9to5mac), a reliable analyst on all things Apple, the company has been working on an...

Angry Birds For Windows Is Now Available For Download

The economics and tradeoffs of ad-funded smart city tech