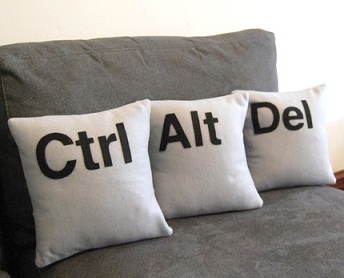 CTRL + Alt + Del is the most common keyboard shortcut used by PC users to either open task manager to kill “unresponsive” processes or to reboot the machine. Have you ever wondered where CTRL + Alt + Del came from?

The mastermind behind this was one of the inventors of the IBM PC. After getting annoyed waiting for hours on those slow machines for Power-On Self Test (POST) routine to finish during each reboot of his software testing regiment, he decided to create a shortcut which allowed system to reboot without power cycling the hardware.

The keystroke for the shortcut was Ctrl + Alt + Escape initially, as it would be easy to accidentally press with one hand, rebooting the system and losing all of a user’s work; it was changed to Ctrl + Alt + Delete which required two hands.

Check out the video featuring David Bradely, explaining the concept behind the creation of CTRL + ALT + DEL.

GizmoCrazed - December 12, 2018 0
(Credit: Jamesboy Nuchaikong/Shutterstock) Ah, adolescence. A time of change, of navigating awkward social situations, figuring out who you are, maybe holding down that first job...

Hidden screen in iOS 12.2 beta hints at AirPods that can...