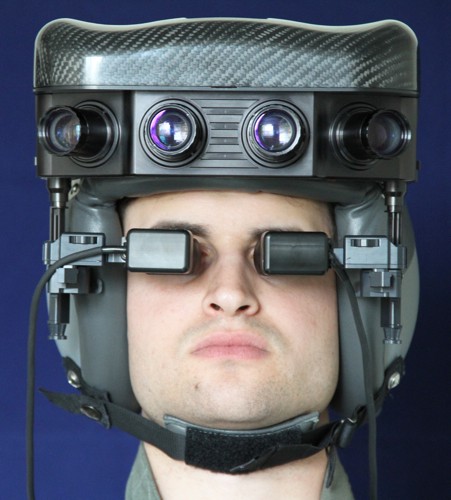 An advanced night vision system by SA Photonics lets men to see things clearly visible at night without any unreal effects. The system has been developed for military applications and pilots who fly during night.

The system, named as “High Resolution Night Vision System (HRNVS) is mounted on head wit the display unit protuding down upto eyes helping its wearer see objects without having to take out some special device and put it in front of eyes. It allows for a view upto 82.5 degrees of field which is double than the systems that have been developed earlier. Other improvements incorporated are zero-halo, reduction in obscuration of view, swept volume reduction and a digital image enhancer which can allow viewer to see objects in a detailed mode. Apart from all this, it can also record video at night and kill any distracting symbols.

Night vision systems have been long pursued in military. Nighttime dominance wins or loses wars. It’s crucial for any army/airforce to thus have systems that allow for view without any major issues. HRNVS was developed with a similar goal by collaboration between Air Force Research Laboratory, Army’s Night Vision Laboratory, & Vision Systems International.

Check out the Research Paper by the developer on this technology here.