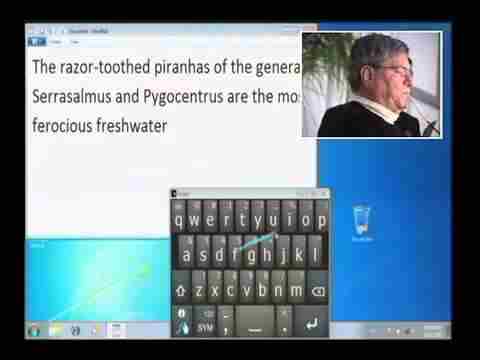 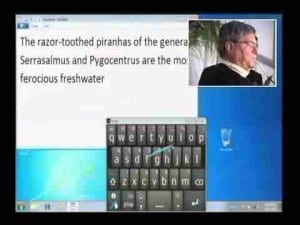 Hank Torres a paralyzed man who lost use of  his arms and legs in a freak accident 30 years ago, now holds the Guinness World Record for Fastest Hands-Free Typing.

He damaged his spinal cord between the 4th and 5th cervical vertebrae making him a C4-5 quad. The nervous system below shoulders on his spine isn’t connected. He thankfully has some control of his arms, but no feeling or control in his hands, making it impossible to type. Thus the need for a hands-free system.

He typed the following phrase with the help of TrackerPro (a head-tracking system) and a keyboard software called Swype in 83.09 seconds to set the new Guinness World Record:

“The razor-toothed piranhas of the genera Serrasalmus and Pygocentrus are the most ferocious freshwater fish in the world. In reality they seldom attack a human.”

Check out the record breaking attempt of Hank Torres. (video)