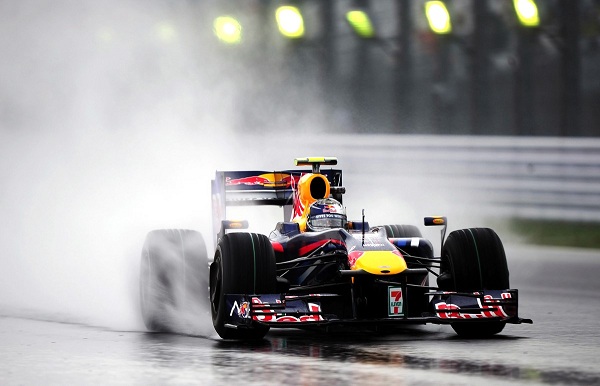 Bernie Ecclestone, the F1 supremo has come up with another idea to make sport altogether more exciting and that is the artificial rain or sprinkling the water on track with sprinklers without a prior notice. At some circuits it’s impossible to overtake in dry and the wet surface could spice up the race with drivers making mistakes, going off the track, maybe turning the whole order of race upside down.

And this idea has not invited any criticism rather support has been shown for this idea by many people.

“The idea is not as daft as it sounds,” Pirelli’s F1 boss Paul Hembery is quoted as saying by the Daily Telegraph.

“You could argue that running at night under lights is a gimmick. But Singapore has turned out to be one of the most spectacular races of the season. At the end of the day you want people to watch what you are offering,” he added.

Former grand prix winner Johnny Herbert told The Sun: “People will say it is artificial but it would be the same for everybody. Many of the best races in the past few years have been when it has rained.”

And John Watson, a grand prix winner in the 70s and 80s, added: “I first proposed this to Bernie in 1994! Fans want to see exciting races where the drivers are made to work.”

GizmoCrazed - April 2, 2012 0
World is shaped by the most powerful ideas which are generated by those who hold not just an authorized position in a society, but...