According to reports, the next Call of Duty game “Modern Warfare 3” is going to be announced next week. The game developers, Activision, has started sending dogtags which has www.findmakarov.com printed on it. 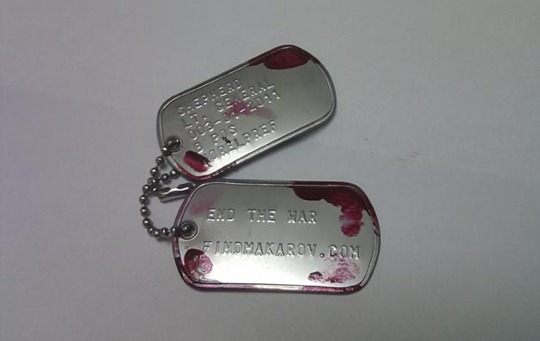 Going to the printed URL brings up a countdown timer, which is about to expire in less then 5 days. We presume that this countdown to the announcement of next Call of Duty game.

Note: The title of the game is still not confirmed, but we expect it to be “Modern Warfare 3“. Stay tuned for more updates.