After launching in February 2004, Facebook has more than 500 million today. Everyone knows the basics about the service’s Harvard dorm room origins, we’ve delved a little deeper to find out more interesting snippets of info. Facebook’s astronomic rise, staggeringly large user-base, and world’s youngest self-made billionaire CEO make it one of the most fascinating companies around today.

Here are top 10 facts you might not know about Facebook, so read on and let us know your favorites in the comments box below.

If Facebook merchandise is collectible now, imagine what it will be worth in years to come. A Facebook employee standard-issue hoodie sold a few months back on eBay for a whopping $4,050 with nearly 50 bidders battling it out to win the auction.

The fact that Mark Zuckerberg had just been seen sporting the same garment at the D8 Conference and revealed its mysterious insignia to the world certainly helped up the bids, but considering the one that sold had not touched Zuckerberg skin, it’s an astonishing amount.

9. The Most Social State is California 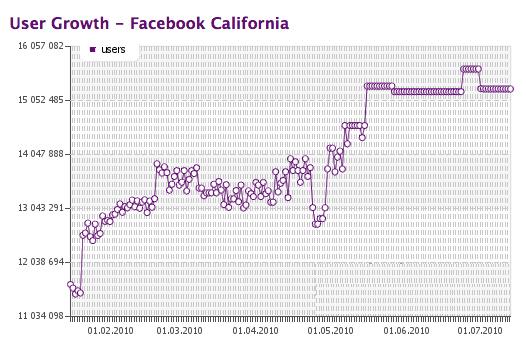 As far as Facebook goes, California is the most social state, with an amazing 15,267,160 users in the region. This amounts to a 41% penetration rate — pretty astounding that nearly half the state is connected via Facebook.

The next biggest user-base can be found in Texas with 9 million users, but it’s nowhere close to California. New York comes in third with 8 million.