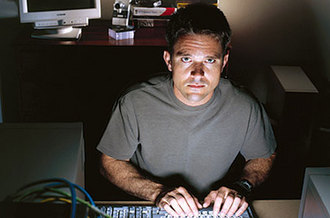 Damages: In 2004, a Sandia National Laboratories employee, Shawn Carpenter (pictured above), discovered a series of large “cyber raids” carried out by what is believed were government-supported cells in China. “Titan Rain” is the name given to these attacks by the FBI, and it was found that several sensitive computer networks were infiltrated by the hackers, such as those at Lockheed Martin and Sandia (owned by Lockheed), but also at the likes of NASA. The danger here is not only can the attackers make off with military intelligence and classified data; they can also leave backdoors and “zombify” machines that make future cyber espionage easier. Titan Rain is considered one of the largest cyberattacks in history.

A History Of Hacktivism [INFOGRAPHIC]

GizmoCrazed - March 30, 2012 0
Not many of us know this but there are two types of hackers. One that perform ethical hacking while others have no morals at...

When An Infected Tooth Becomes Much More

Unbox a Lamborghini – One of the Most Unique Unboxing Ever...