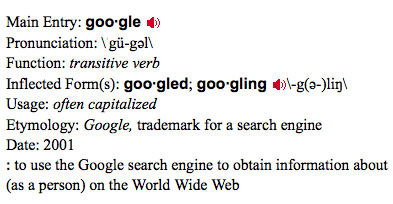 While you’d think the news that the Merriam-Webster and Oxford English Dictionary adding “google” as a verb to their lexicons in 2006 would thrill the search engine, Google was actually none too pleased with the development.

“We’d like to make clear that you should please only use ‘Google’ when you’re actually referring to Google Inc. and our services,” the company wrote in a blog post at the time.

The rationale behind the semantic displeasure was that Google had “a brand to protect”, and feared Google would “slip from trademarked status into common usage.” Now, four years later, we have to say Google was fighting a losing battle — just ‘google it.’

However, we’ve found some other Google-themed linguistic delights for you — a Google staffer is commonly referred to as a “Googler,” while a new team member joins as a “Noogler”. Nooglers also used to wear a colorful hat with a spinner on top.

According to a former employee, those hats are now pretty scarce in some offices, instead: “Every Noogler gets a yellow smiley balloon and a nameplate.” 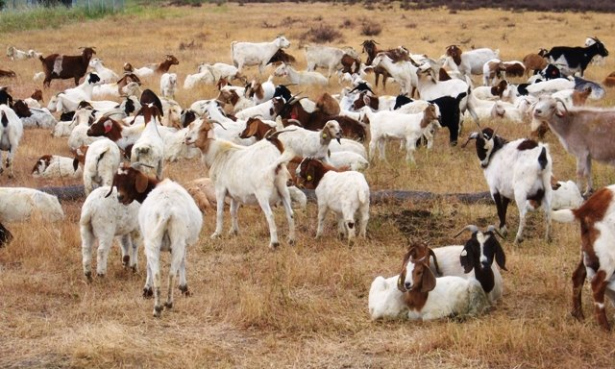 This one isn’t actually one of Google’s infamous April Fools’ Day jokes: Google rents out goats. Yes you read that right. It rents goats from a company called California Grazing to help cut down the amount of weeds and brush at Google HQ.

The operation of 200 goats is kind to the environment, and as Google puts it: “A lot cuter to watch than lawn mowers.”

GizmoCrazed - January 29, 2012 0
After a successful range of iPhones, iPads, MacBooks and iPod touch series, here is another unique concept. Though, this time it is initiated by...

Scientists Have Created Artificial Mini-placentas in the Lab

More than half this country apparently uses Facebook's Messenger