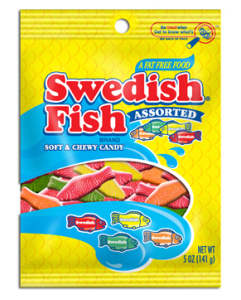 Back in February, 1999, the chewy candy known as “Swedish Fish” became the first ever company snack (not counting beverages) that was ordered into the Google office.

Although a relatively small event, it has led to big things. Google is infamous in the industry for treating its employees to not just free drinks and snacks on tap, but full-on gourmet meals, three times a day at a plethora of on-site cafes and eateries, as well as regular BBQs during the summer.

Brin and Page have been quoted in the past as saying no Googler should have to go more than 100 feet for food, leading to snack-filled “microkitchens” that are liberally dotted around the Google offices.

In fact, the free food is said to be so tempting that Googlers risk the “Google 15”, similar to the “Freshman 15”, where they pile on weight soon after joining the company. Good thing they also have a Google gym.

Backing this up, here’s a stat from Google: Bay Area Googlers consumed approximately 5,500 pounds of handmade chocolates from the snack bins in the microkitchens in 2007. Great!!! 😉 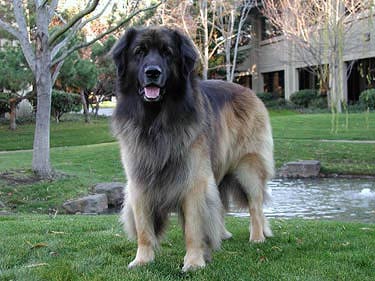 Google is a super dog-friendly company. It proudly names “company dogs”, like Yoshka (described as a “free-range Leonberger”) pictured above. Yoshka accompanies Urs Holzle, senior VP operations and Google Fellow to the Googleplex. Less senior staff are also allowed to bring their dogs to the office.

According to Google’s “Dog Policy”, one indiscretion too many on the Google carpets, or aggressive behavior, means Lassie will have to stay at home in the future. Strong bladdered and friendly canines are more than welcome across the campus.

Here’s an excerpt taken directly from Google’s Code of Conduct:  “Google’s affection for our canine friends is an integral facet of our corporate culture. We like cats, but we’re a dog company, so as a general rule we feel cats visiting our offices would be fairly stressed out.”

Unfortunately, cats are not quite as welcome. 🙁