In the past few weeks, the iPad’s finally got some competition. The HP Slate made a brief appearance, the Samsung Galaxy Tab debuted, and just BlackBerry unveiled its business-minded PlayBook. 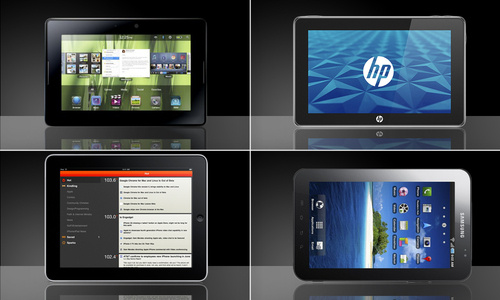 NOTE: There are still some things we don’t know about the PlayBook, and the HP Slate specs are taken from a leaked internal document that hasn’t yet been officially confirmed.

Still, the battlefield’s a lot more clearly defined than it was when we first compared tablets—both real and rumored—back in January. And as its rivals catch up, the iPad’s looking increasingly outgunned.

Apple’s still got three major advantages that opponents haven’t made up much space on: iOS, the App Store, and a huge head start. It’s going to take more than a pair of HD cameras to overcome that.

Here’s how they all measure up: 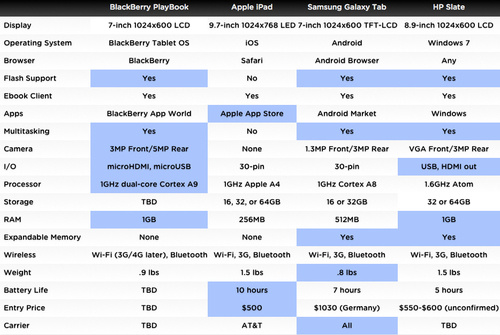