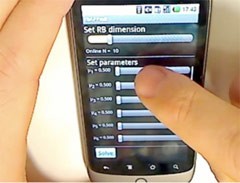 A few people have called Google’s Nexus One a “superphone,” but suddenly, that nickname has taken on a whole new level of meaning. 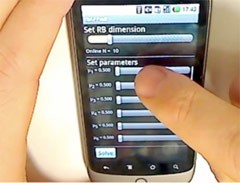 A team of talented folks from MIT has put its head down in order to create a new Android application that can come darn close to solving complex computational problems in just a fraction of the time that it’d take a bona fide supercomputer. The goal here is to let researchers and scientists convert to Google’s mobile OS, but if you aren’t falling for that one, it’s also designed to”let engineers perform complicated calculations in the field, and to better control systems for vehicles or robotic systems.”

The models that are hosted on the phone do require a supercomputer to create, but once certain formulas are embedded, the app can then compute approximations in mere seconds rather than hours. Best of all, rbAPPmit is available for download as well speak in the source link below, but we’d probably wait for the user guide to surface before diving in headfirst.