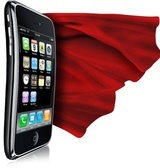 Most people buy an iPhone is because it’s pretty. Whether or not you’re one of those people, you’re going to want to maintain its alluring good looks or you’re going to have trouble selling it. If you get a small, mostly unnoticeable nick or two you’ll be okay. What you want to watch out for are scratches and other ugly blemishes. And, of course, you don’t want to drop it and shatter the screen. So how do you keep it safe?

The Case and Protective Film Combo 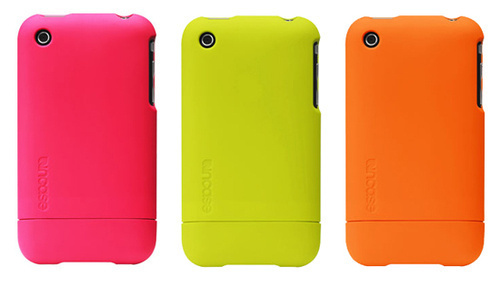 Buying a case—really anything from a slim, feather case to something bulky and rubberized—goes a long way when paired with protective film. This is generally the option to choose because it’s cheap (around $20-25, total, if you look in the right places) and doesn’t require much work. You just snap on the case and adhere the protective film. An added benefit of using protective film for the screen is you can get a matte/anti-glare option. These films can be a big pain because you can get dust and air bubbles when applying them. Fortunately most packs come with two so you can screw up once while getting the hang of it. Alternatively, there’s usually an Apple Store employee you can coerce into doing it for you. They have more practice and can do it in the repair room in the back of the store. That’s about as close as you’re going to get to a dust-free environment.

If you do decide to go the case-and-film route, you’re going to need to do a little maintenance here and there. Dust somehow finds its way into your tightly sealed case and the phone moves around a bit (even if it doesn’t seem like it). This will cause minor scratches. If you have a rubberized case this will happen less, but it’s a frequent issue with plastic cases (especially the snap-on, thin-framed “feather” types). Fortunately it’s not a big deal. Monthly or bi-monthly, just take the case off and clean it and the back of the phone. Any dust spray will do the trick, but you can just use a damp paper towel if you’re short on supplies. Once you’re clean, put the case back on and you’re good for another month or two.

The great thing about using protective film is that you can remove it before selling the phone. When you do, the screen looks impossibly clean and unblemished, making the iPhone an easy sell.

There are a few options, like the ZAGG invisibleSHIELD, that cover the entire phone in supposedly impenetrable film. This is probably your best bet for scratch resistance, but it’s hard to apply and it’s pricier than most protective film you can find online (since it’s generally better and definitely more comprehensive). On the plus side, ZAGG has a lot of mall carts that provide free application if you buy it from them. While this isn’t going to reduce the price, it’ll at least ensure that you get the film on properly (and without bubbles). While protective film may set you back an extra $10 or so, you can always use it as a selling point later.

Apple’s always had some pretty creative packaging, and whether or not you care, a lot of buyers will feel better about their purchase if you keep the box, the manuals, and especially the Apple stickers. If you want to take it a little further, include the unopened power adapter, cable, and headset from your new iPhone with the old model. You can just use the accessories you already have, and it’s yet another step in making your used iPhone feel like it’s brand new.

GizmoCrazed - November 20, 2016 0
NASA successfully launched for the National Oceanic and Atmospheric Administration (NOAA) the first in a series of highly advanced geostationary weather satellites Saturday from...

Germany Now Produces More Than Half Of Its Energy Using Solar

2 guys named their company Steve Jobs Inc. — and got...

The Physics of Accelerating Spacecraft in *The Expanse*