It will pair with a BlackBerry phone, so you can use the tablet to look at anything that’s on the phone, like email, calendars or BBM without syncing the two. And it connects with BlackBerry Enterprise Server out of the box, along with all that entails. 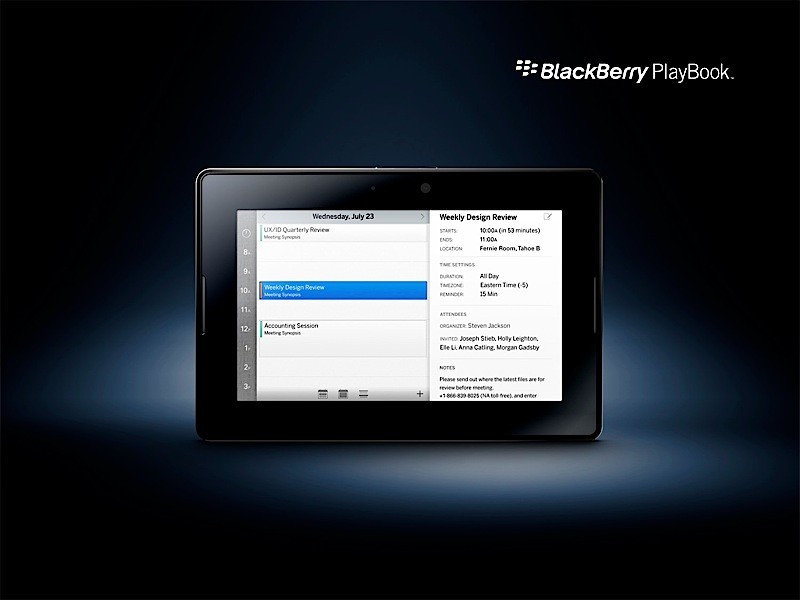 9. It’s Coming out Next Year, but don’t Ask how Much it Costs

Specifically, RIM says it’s coming out in the US in early 2011, with other places getting it sometime after March. There’s gonna be 3G and 4G models in the future. RIM’s not saying how much it’s gonna cost yet, but since RIM loves the carriers, expect it to be offered through them for a discount.

Overall, the PlayBook is a lot more exciting than anybody expected a BlackBerry tablet to be, especially given how thoroughly mediocre their last major product, the BlackBerry Torch, was. In fact, we’re a little more amped about it than the Galaxy Tab. Now RIM’s just gotta carry through the ball forward.