The handful of 12-inch laptops currently available owes much more of their design heritage to 10- and 11-inch Netbooks than to the 13-inch laptops that are equally close in screen size. That means the Eee PC 1215N has a distinct Netbook-like feel, with a black plastic body and a gently tapered design that’s slightly higher in the back to accommodate the battery.

It’s a perfectly acceptable look, but one that also feels like a bit of a throwback after the recent Eee PC redesign in the 1018p model, which wowed us with its thin metallic body.

The keyboard is similar to the large island-style keys used on other recent smaller Eee PC models, with an extra vertical row added on the right to accommodate page-up, page-down, and other navigational buttons. We saw the same layout on Asus’ previous 12-inch model, the Eee PC 1201N. The keys themselves work fine, and typing is reasonably fast and accurate, but the middle of the keyboard feels flimsy, with too much flex while we typed and an annoying clacky sound to the keys, such that the entire system felt a little cheap.

The large touch pad is a big improvement over both the usual small Asus touch pads and especially over the one found on the older 1201N. Instead of a tiny rectangle of raised dots, you get a traditional matte surface (also used on the rest of the wrist rest) that offers just the right amount of finger resistance.

Multitouch gestures, such as two-finger scrolling, work better here than on many PC laptops–but still nowhere near as smoothly as on a MacBook. One major touch pad annoyance: the thin rocker bar (used in place of a superior two-button setup) is especially stiff and unyielding, making it hard to right click without several misfired attempts.

The display offers the standard 1,366×768-pixel native resolution found on nearly every laptop screen from 11 to 15 inches. That gives you plenty of room on screen for documents and Web pages, and it’s also ideal for 720p HD video. The display is glossy, but not overly so, minimizing distracting glare from nearby lights. The internal speakers were acceptable for a small laptop, and reasonably loud, but serious movie or music playback will still require headphones or external speakers.

Despite the larger chassis, there are no exotic extra ports or connections to be found on the Eee PC 1215N, although we’re pleased to see 2GB of RAM standard. The combination of Intel’s dual-core Atom, plus Nvidia’s one-two punch of an Ion GPU and Optimus graphics switching technology is the real standout here.

We’ve previously seen systems that crammed in an older dual-core Intel Atom, but this is the first laptop we’ve seen with Intel’s newer dual-core D525 CPU (and it should be followed later this year by the Atom 550). In our benchmark testing, there was a definite improvement over the performance of single-core Intel N450 Netbooks (as we’d expect), but it was still definitely in the Netbook arena.

If there were no other options available, we might be very happy with the Atom D525’s performance, but we’ve seen several 11- and 12-inch laptops with AMD’s Neo processor recently. The single-core Neo is a decent match in many ways, and the dual-core Neo, as seen in the Dell M101z, for example, was significantly faster. Keep in mind that you’ll pay about $80 more for a dual-core AMD Neo ultraportable. In everyday use, the Eee PC 1215N felt like a faster Netbook, but it’s still not quite speedy enough to be our full-time general use laptop.

The Nvidia Ion/Optimus graphics combo, however, is a real winner, especially considering that you get it plus the dual-core Atom CPU, all for under $500. The Ion GPU handled basic gaming well, running Unreal Tournament III at 1,280×768 pixels at 40.5 frames per second and Street Fighter IV at 1,366×768 pixels at 21.0 FPS. HD video playback was likewise excellent, and the Ion GPU is supported by Flash 10.1, which is used by many streaming video Web sites for HD feeds. 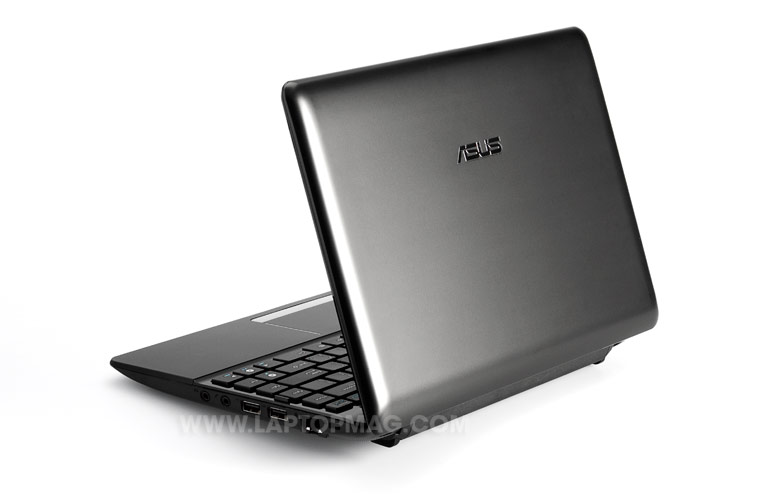 GizmoCrazed - September 4, 2017 0
British scientists have developed the world's smallest surgical robot which could transform everyday operations for tens of thousands of patients. The robot, called Versius, mimics the human arm and can be used to carry out a wide range of laparoscopic procedures - including hernia repairs, colorectal operations, and prostate and ear, nose and throat surgery - in which a series of small incisions are made to circumvent the need for traditional open surgery. The robot is controlled by a surgeon at a console guided by a 3D screen in the operating theatre. Although surgical robots already exist, the new creation is much easier to use, takes up about a third of the space of current machines and will be no more expensive than non-robotic keyhole surgery, according to its maker Cambridge Medical Robotics. "The problem at the moment is that they are phenomenally expensive - not only do they cost £2m each to buy but every procedure costs an extra £3,000 using the robot - and they are very large. Many hospitals have to use the operating theatre around the robot. Their size can also make them difficult for the surgical team to use." For robots to revolutionise surgery, he said, they need to be versatile, easy to use and small so that surgical staff can move them around the operating room or between operating theatres, or pack them away when they are not being used. "Our robot does all of this and is the first robotic arm to be designed specifically for laparoscopic surgery," Frost said. One of the key benefits of the robot is that it works like a human arm and contains technology that detects resistance to make sure the right amount of force is used when the instruments are inside the patient. "Whereas traditional industrial robotic arms are large and the wrists have three joints, our robot is the same size as a human arm and has four wrist joints, giving the surgeon an unprecedented level of freedom to operate on the patient from whatever angle they want, versatility and reach," Hares said. To create this sophisticated and state-of-the-art device Versius's creators used electronics from mobile phones to help the robot "Think" and process information, and gear box technology originally designed for the space industry to help it move. The robot will be launched next spring and, once surgeons are trained, it should be available for procedures on patients by the end of next year. The current global market for surgical robots is worth approximately $4bn a year but this is expected to grow to $20bn by 2024.

Why Does Coffee Make You Poop?